When failure becomes fatal: The consequences of defective referral forms in CCMA and bargaining council disputes

The rules governing the conduct of proceedings before the Commission for Conciliation, Mediation and Arbitration (CCMA) and the various bargaining councils are binding on litigants before that forum. Any failure to obey the rules will attract the necessary consequences.

In the Labour Appeal Court’s (LAC) judgment in Adams v National Bargaining Council for the Freight and Logistics Industry and Others [2020] 9 BLLR 867 (LAC), this issue arose in relation to the propriety of a representative attorney signing referral forms on behalf of their client, a dismissed employee.

The facts in this matter were largely common cause.

The employee was dismissed for misconduct in the form of absconsion.

The employee then referred a dismissal dispute to the National Bargaining Council for the Road Freight and Logistics Industry (NBCRFLI). However, the dispute referral forms were signed by the employee’s attorney and not the employee.

Conciliation failed and the dispute was subsequently referred for arbitration, and again the request for arbitration forms were signed by the employee’s attorney.

At the arbitration, the employer’s representative raised a point in limine arguing that the NBCRFLI did not have the necessary jurisdiction to entertain this matter as the referral forms were signed by someone other than the employee and was, therefore, fatally defective in terms of the NBCRFLI Rules.

The NBCRFLI upheld this point and dismissed the employee’s referral. The employee challenged this decision on review to the Labour Court.

The issue before the Labour Appeal Court

The LAC considered the rules of the NBCRFLI, whose provisions are similar to the CCMA Rules in that they preclude the automatic right to legal representation of parties in dismissal for misconduct or incapacity disputes unless legal representation is applied for and granted by the arbitrating commissioner.

This, in turn, means that employee parties in such disputes must personally sign the referral forms.

On appeal, the LAC accepted that the fact that the rules of the NBCRFLI have been simplified means that any non-compliance with the rules is not something to be “glossed over” but to be viewed in a serious light.

On the merits, the LAC found that both the conciliation and arbitration forms were fatally defective as they were signed by the employee’s attorney who did not have the required standing to sign the documents on behalf of the employee on a reading of the provisions of Rule 6.

The LAC found that this resulted in fatally defective non-compliance with the rules.

The LAC accordingly found that the NBCRFLI’s jurisdictional ruling was unassailable and dismissed the review application.

Furthermore, the rules make it clear who is entitled to sign referral documents and a failure to follow the rules will be fatal to any such a referral.

Clearly, due to the nature of the dispute and in the absence of an application for legal representation having been granted by the NBCRFLC, the employee’s attorney was not entitled to represent them at the conciliation and any subsequent arbitration proceedings and was, accordingly, not entitled to sign the referral forms on behalf of the employee.

That being said, clients and attorneys ought to be careful when preparing referral documents to the CCMA and bargaining councils, lest they be found to have failed to comply with the provisions of the rules, to the detriment of the referring employee party.

An important question that remains is whether the signing of referral documents and the deposing to affidavits by attorneys in other types of disputes and preliminary issues where parties before these fora enjoy an automatic right of representation employees would suffer the same fate as was the case in Adams.

In our view, and on a strict reading of the wording of Rule 6 of the NBCRFLI Rules (and the corresponding Rule 4(2) in the CCMA Rules, which has identical wording), giving those words their ordinary grammatical meaning while being mindful of the purpose of the rule (i.e. to eliminate the risk of unauthorised referrals), no bar seems to exist to attorneys, who enjoy an automatic right of representation in such disputes, signing referral forms and deposing to affidavits on behalf of their clients.

This is because, as the rules require, the referral and other documents in that regard may be signed either by the referring party themselves or by any person who is entitled to represent such parties in those types of disputes.

It remains to be seen, however, whether the Labour Court and LAC will follow this interpretation of the rules in future challenges in other types of disputes where there is an automatic right to legal representation. 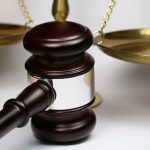 Restraints of trade in light of recent judgmentsUbuntu News 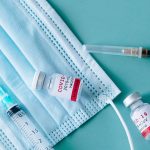