The fall in settlement levels of 1.8% is very significantly large, given that movement up or down is usually less than 1%. This, in fact is the largest fall we have seen since we began keeping records nearly forty years ago. If one wanted a measure of the impact of Covid 19 on employment, you could hardly find a better one. Although not measured in our data, the increasing level of unemployment, coupled with the very notable fall in the level of settlements is a measure of the extent of the employment crisis that we face in South Africa. The most important marker as to what will happen to wage settlements in collective bargaining, will be the Public Sector negotiations. This will also be a very stern test of union power. If an employer wished to confront a union, particularly on the issue of wages, there has scarcely been a better time.

Despite a small monthly drop in the fuel price in May, the annual increase in fuel inflation increased to 37,4% from 21,4% in April. Petrol prices were 41,8% higher in May compared with the same month the previous year, while diesel was 27,0% more expensive. Increases of such magnitude obviously impact upon transport costs of getting to the workplace and are therefore a daily reminder to employees of the stark facts that those at the lower end of the wage distribution exist on, or below, poverty lines. Equally, rapid increases in food inflation, has led to its highest point in 46 months. This is another commodity which is an essential cost, and the increases are similarly impactful for those with less disposable income, as with fuel above. Both these factors will contribute to increased wage demands and are a strong argument in terms of favouring the lower paid by implementing split increases. At the same time, this helps to narrow the wage gap.

The overall effect of Covid on wages has been to significantly reduce levels of settlement, in some cases to 0% increases being a reality. At the same time, actual wage rates have been reduced in certain enterprises, in order to cling precariously to solvency. In other cases, there have been wages freezes, job losses, and reduced working hours. The effects have impacted on virtually all wage earners, and it will take some time to recover to previous levels. Once again, watch the Public Sector. This will be a bellwether for the pattern of settlements over the next 18 months. For planning and mandate seeking purposes, it is highly unlikely that firms bargaining with unions will settle at a level greater than their last pre-Covid settlement.

The Covid pandemic seems have made little impact on union claims in bargaining, which as a general observation remain as far from the inflation level as ever. It seems possible that the disconnect between opening claims and actual levels of settlement is based on the belief that the greater your claim, the more bargaining room you have, and that this is the best basis on which to approach a negotiation. There seems to be no attention given to the fact that such positions have no credibility and simply signal to the employer that the union will end up making the most moves, and that settlement will take place around the employer’s offer, rather than at or anywhere near the union’s demands. The same can be said for the vast number of additional demands that accompany the wage component.

• The time taken to settle ranged from 7 days to 30 days and averaged 18 days.

Once again, this is amongst the shortest average settlement times that we have recorded. It is tempting to surmise that the reason, at least in part, is the employer’s lack of ability to meet such claims, and effectively, cutting the negotiation time as a result of this lack of ability to fund increases. Equally, there is a greater incidence of the employer declaring the dispute, in the hope that the conciliator will have more success in bringing a sense of reality to the negotiation. By and large, this is a very welcome development, and it is to be hoped that it will endure for longer than Covid. Employers, please take note.

There is not enough data to reliably comment on strike incidence at this stage, other than to say that the 2020 figure is artificially low because of the total shutdown. If people are not at the workplace, they can hardly go on strike. What can be said, is that whilst there has been a notable decrease in the number of strikes, where they have taken place, they have been relatively long – as long as four to six weeks. Equally, in numerous of these strikes, there has been absolutely no gain for the striking employees – and spectacular defeats for the unions. If the longer-term data is examined however, both the number of strikes, and the workdays lost continue to fall as they have over the last five years or so. These are unpropitious times in which to embark on strike action.

• The major strike trigger was Wages accounting for 95% of working days lost and 82% of the number of strikes.

There is no change in this figure, and it is highly unlikely that it will change, since it relates to the structure of the LRA – namely that if you wish to strike, it must be in respect of a dispute of interest, having followed the procedures in Chapter 4 of the LRA. 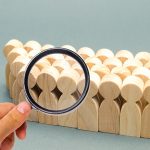 Herd mentality could get you herded into court … and firedUbuntu News 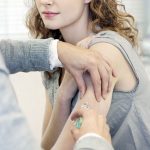 NO JAB – NO JOB. Can an employee be dismissed for refusing to be vaccinated?Ubuntu News