Secret ballot required prior to engaging in a strike

In terms of s95(5)(p) of the Labour Relations Act, No 66 of 1995 (LRA) trade unions and employers’ organisations are required to conduct a secret ballot amongst its members before calling a strike or lock-out in respect of such members.

The new Labour Relations Amendment Act, No 8 of 2018 (Amendment Act) sets out transitional provisions in s19 which require trade unions and employers’ organisations to provide for secret strike ballots in circumstances where their constitutions do not already provide for same. The transitional provisions require trade unions and employers’ organisations, which are in the process of amending their constitutions to give effect to s95(5)(p) of the LRA, to conduct a secret ballot of members before engaging in a strike or lockout.

The Labour Court recently considered the validity of a strike which was not preceded by a secret ballot in the matters of Mahle Behr SA (Pty) Ltd v NUMSA and Foskor (Pty) Ltd v NUMSA (D448/19 & D439/19). The respondents, NUMSA and its members who were employed by the applicants, were engaged in a strike. NUMSA’s constitution did not provide for a recorded and secret ballot to be held prior to a strike in terms of s95(5)(p) of the LRA.

The applicants applied to the Labour Court to interdict the respondents from engaging in this strike until a secret ballot was conducted by NUMSA.

NUMSA argued that the transitional provisions infringed the constitutional right of the union and its members to strike. The Labour Court clarified that the requirement to conduct a secret ballot did not constitute an infringement on the right to strike.

The respondents’ second argument against the application of the transitional provisions rested on the specific interpretation of the transitional provisions. NUMSA argued that the obligation in s19(2) to conduct a recorded and secret strike ballot only arose after the registrar issued NUMSA with a s19(1)(b) directive. NUMSA argued that since no directive had been issued, it was not obliged to conduct a secret ballot. The Labour Court held that this interpretation of s19(2) was unfounded as the purpose of s19 is ultimately to create a uniform requirement of a recorded and secret ballot before a strike by a union, or a lockout by an employer’s organisation and that s19(2) seeks to regulate the position before the registrar completes the s19(1)(a) and (b) consultation and directives processes.

The Labour Court also clarified that the transitional provisions applied to all trade unions where their constitutions are silent on the requirement of a recorded and secret strike ballot. Accordingly, a recorded and secret ballot is always required before a strike, and as NUMSA did not hold such a ballot, the union was not entitled to engage in a strike and was therefore interdicted from doing so.

The Mahle Behr judgment clarifies the position that a strike can be interdicted as a result of the failure to conduct a recorded and secret ballot. 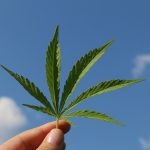 Keep off the grass: Dismissed for testing positive for cannabis at workUbuntu News 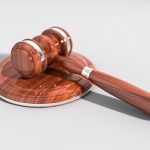 Private arbitration or the CCMA?Ubuntu News