Keep off the grass: Dismissed for testing positive for cannabis at work

In Mthembu and Others v NCT Durban Wood Chips [2019] 4 BALR 369 (CCMA), the arbitrator had to decide whether the dismissal of employees who tested positive for cannabis at work was fair.

In this matter, the employees were employed in a workplace that is fraught with danger. The employer’s business involves dangerous machinery and vehicles, and the conveying of large logs weighing between 30 and 100 kgs. An error in the workplace could cause fatalities. The employer, as part of its workplace safety regulations, adopted a zero-tolerance stance on substance abuse. This was clear from its substance abuse policy and the regular “toolbox” safety talks it held with employees.

In the middle of 2017, the employer conducted drug tests on all its employees. Laboratory tests on the urine samples confirmed that four of the employees had tested positive for cannabis use. The employer charged them with being “under the influence of intoxicating substances whilst on duty”.

The employees admitted to having smoked cannabis, however, they maintained that they had done so in their spare time at home and not at work.

The arbitrator in his award took into account that the Constitutional Court has decriminalised the private use of cannabis. Nonetheless, this does not give employees licence to attend at work under the influence of cannabis. Like with alcohol, where consumption of cannabis impairs an employee’s ability to work to the standard, care and skill required by the employer, the employer is entitled to take disciplinary action against the employee.

The arbitrator found that due to the dangerous nature of the workplace, it was reasonable for the employer to have in place rules prohibiting the consumption of cannabis at work and reporting to work under the influence of cannabis. He found that the employees were aware of the employer’s safety requirements and the substance abuse policy. The employer had given them ample opportunity to adjust their private use of cannabis in accordance with their work requirements and it was up to them to make sure that when they smoked cannabis for private use that it should result in them not reporting for work under the influence.

The arbitrator held that the employees, by being under the influence of intoxicating substances whilst on duty, had wilfully disregarded the employer’s safety rules. They were aware of the employer’s zero-tolerance policy and the possibility of dismissal if they tested positive. Accordingly, he found that dismissal was the appropriate sanction.

The consequences of the private use of cannabis in the workplace is a new and developing area of our labour law. Cannabis may be detected in the bloodstream and in urine long after it has been consumed. Employers are advised to rely on more than just a drug test to show that an employee was under the influence of cannabis at the workplace. Being under the influence, may not always be a sufficient reason to dismiss an employee and each case will have to be evaluated on its own merits. However, this case illustrates that even though the private use of cannabis has been decriminalised, employers can still discipline and dismiss employees who report for duty under the influence of cannabis where they may pose a risk to themselves and others.

5 Ways Ubuntu can change the way you look at Payroll Outsourcing for your companyAdvantages, Human Resources, Ubuntu News 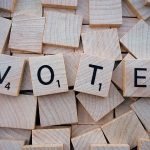 Secret ballot required prior to engaging in a strikeUbuntu News