A recent South African High Court decision explores some interesting issues regarding the scope of the Broad-Based Black Economic Empowerment Commission’s (the “Commission”) investigative powers, as well as what constitutes a fronting practice.

CRRC was established for CSR to fulfil various contractual obligations to design, manufacture, test and supply locomotives to Transnet.

The Commission launched an investigation into CRRC following two separate complaints lodged by former directors of CRRC, who alleged that MBC members:

The Commission following an investigation of the aforementioned complaints issued a report against CRRC setting out its final findings and recommendations in terms of section 13J(3) of the Broad-Based Black Economic Empowerment Act, as amended, (the “B-BBEE Act”), as read together with regulation 15(4)(g) of the Broad-Based Black Economic Empowerment Regulations, 2016.  CRCC subsequently launched an review application in terms of which it asked the High Court to:

The court held that:

As such, the application to set aside the Commission’s findings was dismissed, and the court ruled that the Commission may not publish its final findings report pending the outcome of the investigations by other regulatory bodies.

In our view, Acting Judge Mokoena’s finding that the Commission cannot publish its final report pending the investigation of outstanding matters by other regulatory bodies is correct.

Naturally, the outcome of investigations by the other regulatory bodies may have a substantial impact on the Commission’s findings and, consequently, its recommendations, rendering such publication premature.

In assessing the relationship between the parties and whether their relationship amounted to a fronting practice, the court considered:

The judgment is also a reminder that stakeholders, particularly in the public procurement space, must ensure that their empowerment partners:

In addition, stakeholders must carefully scrutinise any: 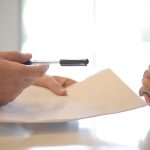 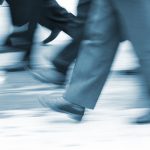 Employers cannot “buy their way out” of retrenchment proceduresUbuntu News