In this case the employer employed security officers and placed them at the premises of its clients.

At the CCMA the employees alleged that they had been dismissed and challenged the fairness of their dismissals.

The employer argued that the termination of employment did not amount to a dismissal as the employer played no role in the client’s decision to terminate its contract with the employer. The definition of dismissal in the Labour Relations Act, No. 66 of 1995 (LRA) requires that there must be an act by the employer that terminates the contract.

The employer argued that there was no dismissal as the employer was not the ‘’proximate cause’’ of the termination of the employees’ employment – the client was.

The Labour Appeal Court reiterated that there are several terminations of employment that do not constitute a dismissal – one of these being termination on the occurrence of a specific event.

The Labour Appeal Court found that on the facts of the case there was no dismissal.

The employer was not the cause of the termination.

The court then went on to consider automatic termination clauses and the lawfulness of these clauses.

The court found that these clauses are not always invalid and that in making this determination the court must consider whether the clause was intended to circumvent the fair dismissal obligations imposed on an employer by the LRA and the Constitution.

The following were identified by the court as relevant considerations in determining the validity of an automatic termination clause:

·        – The precise wording of the clause and the context of the entire agreement.

·        – The relationship between the fixed term event and the purpose of the contract with the client.

·        – Whether the clause is used by either the client or the employer to unfairly target a particular employee.

·        – Whether the event is based on proper economic and commercial considerations.

An employee had been employed on successive fixed-term contracts.

In unfair dismissal proceedings before the CCMA, the employer conceded that, but for its operational requirements, the employee’s contract would have been renewed.

The commissioner found that the employee had proved a reasonable expectation of renewal of her contract, and that the termination constituted an unfair dismissal.

The commissioner also found that the employee’s employment was deemed to be of indefinite duration in terms of s 198A(3) of the LRA 1995.

Photo by Cytonn Photography from Pexels 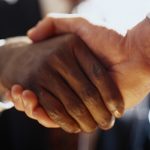 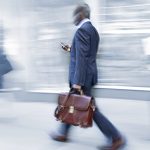