Employers cannot “buy their way out” of retrenchment procedures

In the recent South African Labour Appeal Court (“LAC”) decision of Total South Africa (Pty) Ltd v Meyer and others, the LAC, in addressing the issue of whether the decision to grant maximum compensation for a substantively and procedurally unfair retrenchment was exercised judicially, made significant remarks in respect of an employer’s obligation to comply with the procedural and substantive requirements of section 189 of the Labour Relations Act, 1995 (“LRA”) prior to deciding to retrench.

The one purpose of the LRA is to give effect to employees’ constitutional right to fair labour practices. Sections 189 and 189A of the LRA give effect to this right in the context of retrenchments. Section 189 provides that if an employer contemplates retrenching employees, the employer must consult with the employees. It is trite that the provisions of section 189 are primarily concerned with procedural fairness, this section also serves a substantive purpose in that it seeks to ensure that the ultimate decision on retrenchment is properly and genuinely justifiable by a commercial rationale, taking into account what emerged during the consultation process. The consultation process is significant and must precede the decision to retrench.

Approximately 20 years after his secondment, Total SA decided to sell Total Coal to Exxaro. As the only seconded employee at Total Coal, Mr Meyer reached out to Total SA with concerns as to whether Exxaro would honour his secondment agreement with Total SA. A series of meetings took place between the executives of Total SA and Total Coal, where an alternative position for Mr Meyer within Total Coal was discussed.

Ultimately, Mr Meyer was informed that there were no suitable positions for him within Total SA and he would consequently be retrenched. Mr Meyer was offered a severance package of ZAR2.9-million. No joint consensus-seeking consultation process as envisaged in section 189 took place between Mr Meyer and Total SA. His retrenchment came into effect on 31 December 2014 and he entered into a new contract of employment with Total Coal as from 1 January 2015, which did not recognise his previous length of service at Total SA.

Mr Meyer challenged his retrenchment on the basis that it had been both substantively and procedurally unfair and also challenged the decision to grant him a post-retirement medical aid benefit for only two years. This article only focuses on the outcome of the unfair dismissal dispute and not the unfair labour practice dispute related to the provision of the post-retirement medical aid benefit.

At the Commission for Conciliation, Mediation and Arbitration (“CCMA”), the arbitrator dismissed Mr Meyer’s case and held that the dismissal was both substantively and procedurally fair on the basis that Total SA had complied with its obligations by “transferring” him to Total Coal, which had the effect of avoiding a retrenchment.

However, upon review, the Labour Court differed from this view. The Labour Court held that Mr Meyer had been retrenched in circumstances where Total SA never engaged with him in a joint consensus-seeking consultation process designed to avoid the retrenchment and that he had not been provided with any alternatives to consider prior to taking a decision to retrench. In short, there was no meaningful consultation between the parties and Total SA had failed to comply with the provisions of section 189 of the LRA prior to retrenching Mr Meyer. The Labour Court ordered that Total SA pay him the maximum compensation permitted by the LRA for having suffered unfair treatment.

On appeal to the LAC, Total SA conceded that Mr Meyer’s dismissal had been substantively and procedurally unfair but argued that the Labour Court had erred in granting the maximum compensation that could be paid to Mr Meyer in terms of the LRA. Total SA argued that Mr Meyer had only secured employment at Total Coal in 2015 because of his previous employment with Total SA and that the severance package of ZAR2.9-million ought to have dictated that a different outcome be reached in awarding compensation. Because this amounted to more than four times the severance pay payable in terms of the Basic Conditions of Employment Act, 1995, Total SA argued that it was manifestly unfair not to take into account the quantum of the severance package when the court awarded maximum compensation.

The LAC dismissed this argument and held that the award of compensation “cannot be equated to the staunching of patrimonial loss suffered by an employee as a consequence of an unfair dismissal”. An award for compensation constitutes a payment in lieu of an impairment of an employee’s dignity. Importantly, the LAC remarked that Mr Meyer’s “[r]ights to be treated fairly, with care and concern and to enjoy the benefits of an adequate consultation process, as provided for in the LRA, before being retrenched, were ignored by a large and powerful employer, which unquestionably had the resources to ensure that its human relations management policy was congruent with the clear objectives of the LRA”. Thus, the award of compensation represents a monetary response to a clear breach of an employee’s rights and cannot be equated with the amount awarded in respect of patrimonial loss suffered by an employee.

This is an important point, particularly in light of the current economic circumstances, where employers are embarking on retrenchments to reduce labour costs in order for the business to keep afloat.

An employer is free to conclude a mutual separation agreement (“MSA”) in terms of which an employee will be paid a sum of money which, at least in part, is aimed at avoiding the necessity to embark on a consultation process. But if no such agreement is concluded, the payment of a generous severance package will not be enough to completely buy out an employee’s right to a meaningful consultation prior to taking the decision to retrench.

The quantum of the severance pay may, depending on the facts, constitute a factor to be considered in the assessment of what constitutes “just and equitable” compensation in accordance with section 194 of the LRA. In this case, the LAC reduced the award of compensation to six months on the basis that this case did not involve the kind of egregious conduct by an employer which would justify a maximum award of compensation. However, this conclusion should not take away from the key principle that employers must comply with the requirements of section 189 of the LRA prior to retrenching employees.

Although it is mandatory to comply with the requirements of sections 189 and 189A of the LRA, an employer may, by agreement enter into a MSA which “buys out” the right to consult. However, in the absence of such mutual agreement, employers must beware that South African courts will not promote unfair conduct and may impose penalties in the form of compensation, which serves as consolation for having suffered the loss of their rights. These MSAs should be clearly and carefully drafted and legal advice should be sought in this regard.

This case also reiterates the important principle that compensation in the hands of the employee cannot be equated to patrimonial loss but constitutes solatium awarded for the indignity suffered due to unfair dismissal. 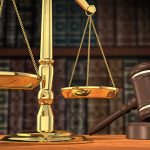 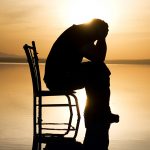