The Constitutional Court recently in NUMSA obo Nganezi & Others v Dunlop Mixing and Technical Services (Pty) Ltd & Others (2019) 40 ILJ 1957 (CC) (“Dunlop”) clarified the limits of the doctrine of derivative misconduct, as it was understood at the time. The Court considered the vexed question of determining the individual culpability of an employee in the context of collective misconduct and said as follows:-

“[46] Evidence, direct or circumstantial, that individual employees in some form associated themselves with the violence before it commenced, or even after it ended, may be sufficient to establish complicity in the misconduct. Presence at the scene will not be required, but prior or subsequent knowledge of the violence and the necessary intention in relation thereto will still be required…”

The Constitutional Court’s judgment signaled a shift away from ‘derivative misconduct’, towards the concept of ‘common purpose’. The concept of common purpose is not new to our labour law jurisprudence, but it has been no less controversial over the years.

In any event, the dictum from the Constitutional Court quoted above is prescient in the context of the recent judgment of the Labour Appeal Court in NUMSA obo Dhludhlu & Others v Marley Pipe Systems SA (Pty) Ltd (JA33/20, 23 June 2021).

In that case, the Labour Appeal Court (“the LAC”) was faced with an appeal from NUMSA, acting on behalf of 41 of its members who had been dismissed for misconduct. They were dismissed on the basis that they had formed common purpose with a group of 12 employees who had been identified as having directly participated in an assault on a manager; and a further group of 95 employees who had been identified from photographs and video footage as having been present at the scene of the incident.

The Union contended, inter alia, that common purpose in respect of the assault had not been proven, since there was no evidence that the 41 employees had been at the scene, that they were aware of the assault, intended to make common cause with it or that they had performed any act of association with it.

The employer disagreed with these contentions, arguing that the presence of the 41 employees had been established with reference to clocking records, and evidence that they were absent from their workstations at the time that the entire crowd of employees moved towards the offices where the assault took place.

The LAC found that for an inference to be drawn that the employees associated themselves with the assault (either before or after it happened), such an inference had to be consistent with the proven facts. On this score the LAC found that all the employees had embarked on the unprotected strike and that all of them (save for one) were on the employer’s premises and away from their workstations at the time of the assault.

The striking employees were all NUMSA members and, during the strike, carried placards seeking the removal of the manager who was later assaulted. When arriving at the office, they remained present before, during or after the assault and none of the employees came to his aid.

The LAC found that it was required to select the inference which is the more plausible or natural one from those that are present. The Court noted that no alternative inferences were advanced in evidence by NUMSA. There was also no evidence that any of the employees distanced themselves from the actions of the group. Indeed, the evidence showed that the employees celebrated the assault after it occurred. The most plausible and probable inference was accordingly that all employees were involved in or associated themselves with the assault.

The Court then considered the traditional test to prove common purpose, with reference to the Constitutional Court’s judgment in Makhubela v S 2017 (12) BCLR 1510 (CC). The LAC found that, when considering the recent judgment of Dunlop, the requirements for proving common purpose in the workplace had been relaxed to an extent. This development allowed an employee to be found guilty of collective misconduct if the employee associated with the actions of the group before or after the misconduct, even if they were not present at the scene, and if they had prior or subsequent knowledge of it and held the necessary intention in relation to that misconduct.

Turning to the case before it, the LAC found that it was clear that the employees associated with the actions of the group before, during or after the misconduct. This included the group of bystanders, who took no steps to distance themselves from the misconduct, either during or after the assault. Those employees instead persisted in their denials that no assault had taken place and failed to explain their own conduct in relation to it.

Finally, the LAC made an important point regarding the requisite intention required to be proven, namely that an employee must have intended that the misconduct in question would result or must have foreseen the possibility that it would occur and yet, despite this, actively associated themselves with that misconduct.

While the notion of derivative misconduct appears to have been relegated to the rubbish bin of labour law history, it appears that the doctrine of common purpose will gain further traction. The recent developments in Dunlop and Marley Pipe Systems are positive and will assist employers who seek to discipline employees who engage in ‘mob’ or collective misconduct and violence. Such incidents are unfortunately not uncommon, and employers should not be expected to continue employing employees who engage in wanton destruction of property or assaults and intimidation of other employees.

The principles as set out in Dunlop and Marley Pipe Systems may become very relevant in the coming weeks, taking into the account the likely participation of employees in unlawful conduct during a protest or riot, such as the looting and destructive behaviour that is taking place in South Africa at the moment.

The gathering of evidence is critical in such circumstances and employers must ensure that they have appropriate means to gather photographic, video and other evidence. The allegations and disciplinary proceedings must also be carefully considered, and specialist employment attorneys should be engaged to assist with the successful prosecution of such matters. 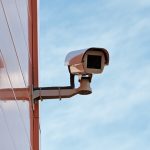 Caught on camera: Can employees be disciplined for criminal activities?Ubuntu News 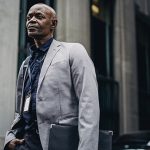 An employer’s guide to dealing with employees during civil unrest:Ubuntu News