The applicants in the recent decision in were judges’ secretaries (usually referred to as judges’ clerks or judges’ associates) employed by the Office of the Chief Justice (“OCJ”) and working in the Labour Court and the Labour Appeal Court.

For a number of years, the practice had been that the applicants had been employed by the Department of Justice, and later by the OCJ, in terms of yearly fixed-term contracts that expired at the end of March of each year.

These contracts had been renewed on an automatic basis.

The number of automatic renewals of these fixed-term contracts of employment ranged between one and eight years.

After it took over responsibilities for employees employed in the courts, the OCJ commenced an investigation into the possibility of appointing all employees who were employed on fixed-term contracts of employment for a period exceeding three months into permanent positions. During 2016, the applicants were required to inform the court manager of the Labour Court whether or not they wished to be absorbed into permanent positions.

Subsequent to this, the Auditor-General submitted a report in terms of which it advised the OCJ that the automatic renewal of fixed-term contracts of employment was in contravention of the Public Service Act, 1994 (“PSA”) and its regulations. Vacant positions had to be advertised and a competitive process followed in filling these posts. The OCJ, therefore, decided not to appoint the judges’ secretaries on a permanent basis and adopted the stance that, in order to comply with the PSA and its regulations, the posts of the judges’ secretaries would have to be advertised and that the applicants would have to apply for the positions they occupied in terms of their fixed-term contracts. They would have to compete with external candidates for their positions.

The applicants voiced their concerns in this regard and the fact that they may not be appointed. Having received no answer that satisfied them, they approached the Labour Court for a declaratory order to the effect, inter alia, that they were permanent employees. The OCJ had already advertised the posts and the applicants had applied for appointment to safeguard their positions. They also asked for an order restraining the OCJ from interviewing and placing candidates.

As the applicants’ remuneration exceeded the ministerially determined threshold, section 198B did not apply.

The applicants therefore relied on section 186(1)(b) of the LRA.

They based their case on their view that they had a reasonable expectation of indefinite or permanent employment. Their argument can be summarised as follows:

the reasonable expectation flowed from the automatic renewal of their contracts over a number of years, as well as the fact that the OCJ had, prior to the Auditor-General’s report, contemplated converting their employment into permanent employment without a recruitment process.

in substance, they were already permanently employed and there were no vacancies to be advertised and filled.

for the OCJ to rely on the provisions of the PSA and its regulations would not only be unfair, but also unlawful.

The court rejected the OCJ’s arguments, its most important finding being that reliance on the PSA and its regulations had serious consequences; it meant that a temporary employee in the public service could never rely on the protection of section 186(1)(b). There was a clear conflict between the provisions of the LRA and the PSA and its regulations. Section 210 of the LRA resolved this conflict. It provides that if any conflict arises between the LRA and any other law, the provisions of the LRA will apply unless the other law expressly amends the LRA.

The OCJ raised various other defences and arguments in support of relief not being granted. These were rejected by the court. Perhaps the most important one was that the Labour Court lacked jurisdiction to hear the matter because dismissals had not yet taken place. The applicants’ contracts would expire sometime in the future and the court could not declare an anticipated dismissal unfair or grant any other relief in respect thereof. However, the applicants had an alternative remedy. They could claim that they had been unfairly dismissed if their applications for permanent employment were unsuccessful. The court rejected this on the basis that it was entitled to intervene by way of a declaratory order if the employees would suffer a grave injustice.

The court granted a declaratory order to the effect that the applicants were permanent employees employed on the same terms and conditions of employment as were agreed between the applicants and the OCJ in the three month fixed-term contracts that they entered into.

The OCJ was also restrained from interviewing and placing candidates in the positions currently occupied by the applicants.

This decision clearly has important implications for the public sector.

The Labour Court’s view that it is entitled to intervene in these circumstances prior to a dismissal, if a grave injustice could arise, is also important for the private sector. 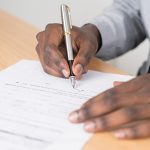 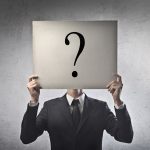 Is it legal for managers to work Sundays and public holidays without overtime pay?Ubuntu News